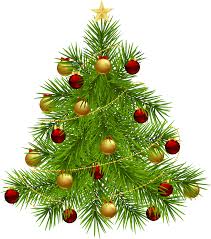 Firstly apologies for the length of time it has taken me to get round to logging my reading recently.  Blame Christmas preparations! I must confess, that this year I have succumbed to some frantic last minute  present buying. I was going around Sainsburys with my trolley and my list, and my hand kept going to the shelves, independently of any will that I may have set out with! I found myself in a battle over the necessity for yet more crackers, chocolate biscuits, gifts....
so, deep breath; I'm taking the chance of the lull between mad dash purchasing and mad dash eating to catch up with my blog.

What have I been reading?  Well, I took the chance of a train trip to Sheffield to do some indulgent reading of gentle, non-demanding fiction.  Having liked much of Erica James' work for this purpose, I was happily ensconced with the kindle and Handel's Messiah in my headphones to block out any passenger chit chat.
This novel, published in 2013, is a predictable romance between two forty-somethings who have either missed the relationship boat, or who have been in an unhappy marriage.
This is the first time that I have been annoyed by the written style of James' novels.  I found myself editing it as I went, rather than allowing myself to be absorbed into the plot line. Its very predictability was tiresome, and though there were some interesting characters, none have really stayed with me; so much so, that just three weeks later, I can't even remember the main characters' names!
Basically, rich man tired of rat race buys a hidden cottage in the English countryside next to a lake.  It is a house with childhood significance and this childhood story is intended to create empathy for him. He falls for married woman; marriage unhappy and husband thinly drawn and lacking credibility. She has moral high ground, but the ending is inevitable.  A tragic death mid way through merely serves to add more guilt to the equation.....
Suffice it to say, this is not a recommendation.  It was a disappointment, especially considering that I chose the text as an indulgence.  Its stilted dialogue, flat characterisation and frankly unconvincing plot line left me with much material to use as an example of how not to write.  My A Level students may even benefit from an editing and improving exercise on certain passages.
Erica James can write; some of her novels, though always light, are not badly constructed; this however, was not her finest hour.